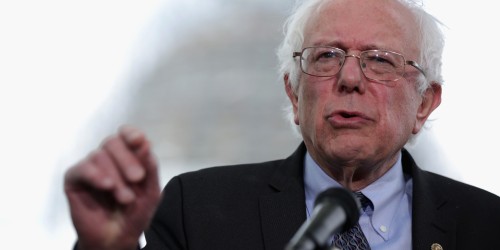 Whether you support former First Lady, New York Senator, and Secretary of State Hillary Clinton or Vermont Senator (and gasp!) self-avowed Democratic Socialist Bernie Sanders, there is no doubt that the vote in the Michigan Democratic Primary has turned the 2016 Presidential nominating contest into a hotly contested race. 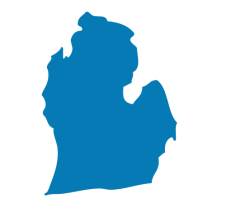 Tonight’s results from the great state of Michigan haven’t changed my mind. I’ve always loved me some Bernie Sanders. (I still remember “Brunch with Bernie” on Thom Hartman’s radio show – and all of his appearances on Rachel Maddow’s MSNBC program.)

To be sure, I’m feeling the Bern all the way to the Democratic Convention. But if Hillary somehow ultimately prevails in the delegate count – I’m 100% with her against whatever monstrosity the GOP nominates: whether it’s Trump or Cruz or some lousy, GOP establishment option they manage to cobble together at a brokered (okay, “open”) convention.

So, my progressive friends – this was a great night.

Those of us who are progressive Democrats are in a great position. Bernie Sanders is leading in the right direction. If Hillary Clinton hopes to compete for the Democratic nomination, she must embrace Bernie’s populist, idealistic, progressive platform – and outflank him on the left.

Either way, we win.

Go ahead, GOP. Give us Trump or Cruz.

One response to “The Democratic Contest Begins…”