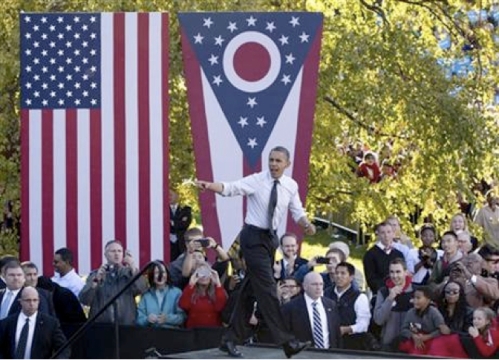 “And again I say unto you: It is easier for a camel to pass through the eye of a needle, than for a Republican to win the Presidency without carrying the great state of Ohio.”

With apologies to Matthew 19:24 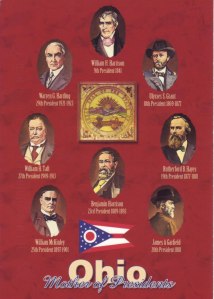 Ohio and the American Presidency have a very close relationship. In fact, there have been seven U.S. presidents who were born in the Buckeye State. Topping the list is my personal hero Ulysses S. Grant, followed by Rutherford Hayes, James Garfield, Benjamin Harrison, William McKinley, William Howard Taft and Warren Harding.

In the period after the Civil War, from 1869 to 1923, seven out of the eleven men who won The White House were Ohioans — including three presidents in a row: Grant, Hayes and Garfield, Civil War veterans all.

And one of the four presidents who weren’t from Ohio was named Cleveland!

Of course, presidential politics are fraught with contention on all levels – and that extends to the claim I heard as a Cleveland schoolboy that Ohio was the “Mother of Presidents”.

That rankles Virginians who point out, correctly, that eight Commanders in Chief were born in the Old Dominion.

Ohioans counter by claiming an eighth president of their own, William Henry Harrison, who settled in Ohio and lived there until his death. Virginians counter that Harrison didn’t move to Ohio until after his marriage in 1795, when he was about 23 years old. Yielding to Virginia, Ohio now calls itself the “Mother of Modern Presidents”.

Would that all presidential disputes could be solved by the deft insertion of an adjective.

There’s another oft-stated reason for Ohio to claim the title of Mother of Modern Presidents. No Republican presidential nominee has won the White House without carrying Ohio — and no president has been elected without winning in the Buckeye State since Democrat John F. Kennedy in 1960.

Truly, my beloved home state is the mother of all Oval Office bellwethers.

In this election, Ohio is back at the epicenter of presidential politics.

As it was in the 2004 contest, Ohio is shaping up as the lynchpin among the remaining battleground states – where victory in the Electoral College will ultimately be decided. 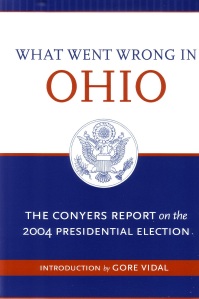 The 2004 election was a low point for the practice of democracy in Ohio. Aided by a Republican Secretary of State who did all he could to thwart the desire of urban, minority and college voters to cast their ballots – President Bush defeated John Kerry by just 118,775 out of 5,598,679 total votes. A mere 2.1 % margin of victory gave Ohio’s 20 electoral votes to Bush – and with them, a second god-awful term in the White House for Dubya.

I hope that the election in Ohio is not that close on November 6th.

It certainly shouldn’t be.

Given President Obama’s steadfast support for middle class and working people – as exemplified by his courageous decision on the auto bailout – sensible, pragmatic and hard working Ohioans should give Obama their support. 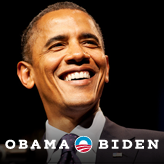 Given President Obama’s support for women’s rights, freedom of choice and equal pay – Ohio women (and the men who love and respect their wives and daughters) should support the man who has been their champion.

I expect that a proud, blue collar state that has seen unemployment rates drop and manufacturing jobs rebound as President Obama pulled our economy out of the deep, dark ditch into which it was plunged by discredited Republican “top-down” economics won’t be fooled again by Romney’s magical plans, false promises, evasions and outright lies.

Under Romney, the nation’s deficit will no doubt rise — as the rich get richer, the middle class get squeezed, and the poor and disadvantaged among us get thrown under the bus. It’s been that way with GOP presidents since Ronald Reagan blew up the deficit and began the redistribution of America’s wealth to the fat cats at the very top of the economic food chain.

Ohioans love the red, white and blue, and we salute our soldiers with pride and profound gratitude – but Romney never deals with our war veterans unless he’s using them for a photo op.

Romney said that he didn’t mention our warriors in Iraq and Afghanistan – or our returning vets – in his acceptance speech at the GOP convention because, “When you give a speech you don’t go through a laundry list, you talk about the things that you think are important and I described in my speech, my commitment to a strong military unlike the president’s decision to cut our military. And I didn’t use the word “troops”, I used the word military. I think they refer to the same thing.”

Did you hear that, Ohio? 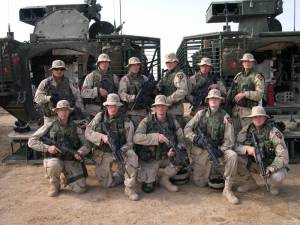 Mitt Romney doesn’t see the vital difference between the flesh and blood men and women who serve our nation heroically on the battlefield — and the corporate war profiteers who make billions building planes, tanks, ships and expensive weapons systems.

That’s why Romney wants to take our hard-earned tax dollars to plow another two trillion into military spending that the Pentagon hasn’t even asked for. Someone’s going to get rich off Mitt’s extra two trillion – and it doesn’t take a genius to figure out that many of those guys are the same military-industrial complex billionaires secretly bankrolling Mitt’s Super-Pacs.

My fellow Buckeyes, Mitt Romney says he should get your vote because he’s a businessman. But why is that? What does being a businessman have to do with running the government?

Is it cost effective for the post office to pick up your Grandma’s mail at the end of a long rural road in the Appalachian mountains of southeastern Ohio? A bottom-line businessman like Romney would conclude that it’s not profitable – but our government is devoted to providing every citizen with postal service, regardless of where they live. That’s the American way.

I could go on and on about this “government should be run like a business” canard. It’s a fallacy. And Ohioans should know better than to listen to such garbage. The job of government is not to turn a profit — but to keep us safe, provide needed services, and promote the general welfare. Mitt Romney has no clue how do get THAT job done. It doesn’t interest him.

Business CEO Romney made his money as a “vulture capitalist”. I didn’t coin that term – Mitt’s Republican competitors did. Mitt and his Bain Capital cronies bought American companies, loaded them up with debt, and “harvested” them by selling off their assets and shipping the jobs overseas.

That’s a formula that made Mitt millions. But it’s not a formula made for Ohio workers.

C’mon, Ohio! Vote for your own interests on November 6th. Vote for your jobs, your homes, your communities, our veterans, your wife, your daughter, your children’s education – and so much more.

And then, we can claim Obama as one of our own. Along with William Henry Harrison, President Obama would be the 9th president from Ohio. We could drop the “Modern” and truly call our state the Mother of Presidents.