There have been few times in the three years since I began this blog when I’ve devoted a post entirely to the words of someone else. I feel lazy leaning on the writings of others. But when my friend Ron Crawford sent me this open letter from Ken Burns today – I felt it would be a service to make sure it was read by as many people as possible. Below, the award-winning PBS documentarian nails the stakes in Election 2012 – and the many reasons that President Barak Obama should be re-elected. 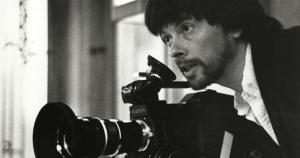 Why I am voting for Barack Obama

One of my favorite movies of all time is Frank Capra’s “It’s A Wonderful Life,” starring Jimmy Stewart.

In the film, Stewart’s character, a despondent and near suicidal George Bailey, who runs a small savings and loan in the town of Bedford Falls, is given a gift: the chance to see what his town would be like if he’d never been born — if he’d never extended a helping hand to his neighbors when they needed it most, never helped his community understand how much they depended upon one another.

In this alternative vision, the town’s plutocratic banker, Mr. Potter — without the decent George Bailey to counter him — rules everything. A bottom-line-is-everything, every-man-for-himself mentality runs unchecked, resulting in Bedford Falls’ metamorphosis into “Pottersville,” an amoral, soulless place.

The movie has a happy ending, thank goodness, but its themes endure to this day and echo in the current presidential election, which at its core asks the question: What kind of country are we? Are we Bedford Falls or Pottersville? Are we all in this together — and stronger and better because of it — or are we entirely on our own, with a few “makers” on the top of a heap of “takers?”

I’m supporting President Barack Obama because there is no question about his answer to that question. Having observed Mitt Romney when he was governor of Massachusetts, and then watching him in the Republican primaries as he tacked this way and that whenever it suited him (but mostly to the far right, the Tea Party radicals, even the birthers), I can’t be sure of him.

As a student of American history, let me give some perspective. Much like Franklin Delano Roosevelt (one of the subjects of a new documentary series we are working on — if Romney doesn’t get his way and PBS isn’t eliminated), President Obama took office at a time when lax regulation of the financial industry had brought us to the brink of a complete collapse, creating an industry that needed nearly a trillion dollars in President Bush-authorized bailouts. He also inherited two off-the-books wars that had further ballooned our budget deficit, an auto industry on the verge of bankruptcy, and a loss of prestige in the international community.

Like FDR, Obama has walked us back from the brink. He averted a depression, ended one war and put us on the path ending the other, rescued the auto industry, slowly building the sound footing necessary to have a sustained recovery — better, smarter regulation of those that brought this upon us, tax breaks to save a dwindling middle class, and a request that the very super rich, folks like Gov. Romney who have taken advantage of loopholes and deductions and off-shore accounts to amass their fortunes, pay their fair share. (Like FDR’s hero, Theodore Roosevelt — also part of the new series we’re making — Obama has deployed the shrewd combination of speaking softly and using a big stick. Ask Bin Laden.)

There’s a lot more work to be done, obviously, but history itself suggests that changing the trajectory of things takes time and patience and, as FDR demonstrated, intelligent experimentation. (All Mitt Romney seems to offer is a return to the very policies that got us into this mess in the first place.)

Unfortunately, unlike FDR, who had great cooperation from across the aisle for many of his programs, Obama has had to pretty much go it alone. As the Republican Party ignored his gestures of compromise and bipartisanship, they also moved further and further to the right, the furthest right they have ever been since the party was founded in 1856. Further right than the days of President Ronald Reagan, who in his second inaugural address in 1985 said, “Our two-party system has served us well over the years, but never better than in those times of great challenge when we came together not as Democrats or Republicans, but as Americans united in a common cause.”

How different, that attitude, from the Republican position of the last three years, which has taken the very process that forged our Constitution and created this great country — compromise — and tried to turn it into a dirty word.

More than a student of American history, I am also the father of four daughters. They mean the world to me, of course, and I’ve tried to teach them those timeless American values “It’s A Wonderful Life” promotes: a small-town hard-work ethic, holding to your inner principles and not changing with the first breeze of opposition, never lying, and loving both the country and its potentiality. And they constantly point me to the future, to the essential question George Bailey faced: What can one person do to make their community a Bedford Falls instead of a Pottersville? Well, there are many things. But one of them, I think, is to vote for Barack Obama.

Ken Burns, a filmmaker from Walpole, is director of “The Civil War,” “Baseball,” “The Dust Bowl” and many other documentaries.

And now for something completely different…