Newt Gingrich just finished his underwhelming ventriloquist act. Why he chose to take the stage with a giant wooden puppet in the image of his wife Calista I’ll never know. But, I’ll give him credit, Newt’s lips didn’t move when he threw his voice to Calista. And his lips didn’t move unless he was lying.

Newt and puppet Calista added to the list of Big RNC Lies with the charge that President Obama has decimated energy production – despite the fact that Obama has been more coal and oil friendly than his progressive base wants him to be — and that domestic oil production has never been higher. 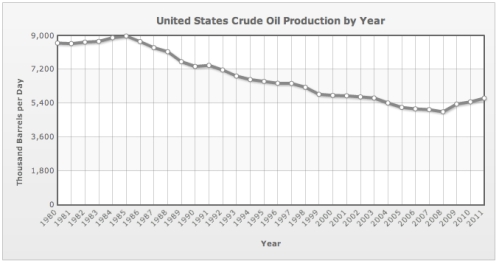 Craig Romney, the Nominee’s youngest son, is making a pitch in Spanish to Latino voters. Now, he’s too choked up to talk. Another story of immigrants made good. Now, he’s done. Mercifully, it’s over in a couple of minutes. So much for Latino outreach.

Jeb Bush comes out and says his brother W made us safe from terror. Really? I thought we suffered the worst terrorist attack in US history on W’s watch?

Jeb appears to be a likeable guy. Something tells me he’d have a hard time in the GOP primaries. He’s too soft, too compassionate.

Wait, Jeb’s just 4 minutes into his speech – and he’s already mentioned Romney! That’s a record for this RNC. Now, back to crowing about his record in Florida.

Hold on. Jeb’s doing a comedy routine about milk. It has something to do with school choice. Oh, hang on…now I get it. He’s union bashing.

Jeb just introduced a black Florida student who got a good “election”. (I think Jeb meant “education”.)  The student is advocating for school choice. When the GOP talks about school choice they really mean privatizing schools for profit. Oh yeah, and union busting.

So far, Jeb’s speech is the longest 14 minutes of the RNC.  He made his case for school reform – but not much of a case for Romney.  It’s hard not to like Jeb. But Jeb Bush in 2016? Probably not enough sex appeal.

Grant Bennett, a former Mormon bishop from Massachusetts gives us a dry but informative look at what Mitt Romney did as a Mormon pastor. I like this move. It humanizes Mitt even more than Mitt’s wife did on the RNC’s opening night, but MSNBC and FOX have already cut away to talk to each other rather than hear the bishop out. CNN is staying with Bennett’s earnest, lackluster presentation – if only to make Wolf Blitzer sound exciting by comparison.

A Mormon couple whose young son died of Hodgkin’s disease recounts the help that Mitt gave them in their time of trial. Quite moving, and truly humanizing. Mitt helped their dying teenage son write his will. It’s a moment beyond politics. I like Mormon pastor Mitt a lot more than pandering politician Mitt. This was the most eloquent and effective event at the RNC so far.

There’s been some kind of tribute to Bain Capital going on at the convention, but it’s hard to follow because, flipping from MSNBC to FOX, CNN and finally C-Span, nobody seems to be covering the whole presentation.

Statuesque former Massachusetts Lt. Governor Kerry Healey strides out onto the stage in a bright red dress to tell us how Romney saved the Bay State. She hauls out the now-familiar canard about how Obama’s policies led to the nation’s credit downgrade – ignoring the fact that the Tea Party led House refused the President’s offers at compromise: crass politic brinksmanship that led to the credit downgrade.

And now she beats that old “Obama apologizes for America” drum. Can anyone on the GOP side actually point to a single documented moment where President Obama truly apologized for America? (Crickets.)

I’ve got to make a salad and get the steaks ready to grill. Guess I’ll have to pass up Jane Edmonds, former Massachusetts Workforce Secretary. She’s a woman and she’s black. C-Span and MSNBC are covering her speech – but FOX and CNN are ignoring her in favor of doing interviews on the convention floor. I’m no better than they are – but I’ve got a dinner to prepare!