Trump vs. The Boy Scout Law

Would Trump Measure Up as a Boy Scout?

I’m proud to say that my older brother Peter and I were in the Scouting program — from Cub Scouts to Webelos to the Boy Scouts of America.

Peter and I proudly pledged to adhere to the Boy Scout Law.

We understood that the Boy Scout Law was a list of aspirational ideals that would make us better people and honorable citizens if we had the grit, faith and spirit to live up to them.

The Boy Scout Law, which I can still recite by heart, had a profound effect on me. I haven’t always lived up to the high standards they demand – but throughout my life, I’ve aspired to be equal to the personal ethics they challenge me to uphold.

How many of these laws does Donald Trump model in his everyday life? 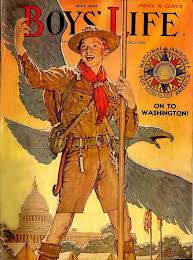 As I see it, the impeached, popular vote losing Donald J. Trump is Zero for 12 on observing the Boy Scout Law.

Seriously. Impeached President Trump violates every single one of the Boy Scout Laws.

If you can argue that I’m wrong — and that Trump is a Boy Scout, after all — please post a comment and make your case. Which of the 12 Boy Scout Laws does Trump uphold and observe?

Here’s my take. What’s yours? (Please give concrete proof of Trump adhering to any of these laws.)

Can you imagine Trump reciting the Boy Scout Law today — and not being struck by lightning?

I challenge you — especially those I’ve known since high school in my beloved hometown, Cleveland, Ohio — to show me, Boy Scout Law by Boy Scout Law, how Donald J. Trump measures up to the standards we pledged to uphold as young men in the late 1960’s and early 70’s.

I’m waiting to hear if you can actually mount a case for Trump. Can you actually defend the behavior of this thin-skinned, narcissistic, racist, Adderall-snorting, anti-scientific, anti-intellectual, willfully ignorant, 6-times bankrupt, wannabe strongman dictator? 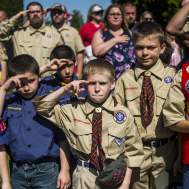 I swear by the Boy Scout Law to give you a fair hearing.

As for the Scouts motto, “Be Prepared”?

11 responses to “Trump vs. The Boy Scout Law”