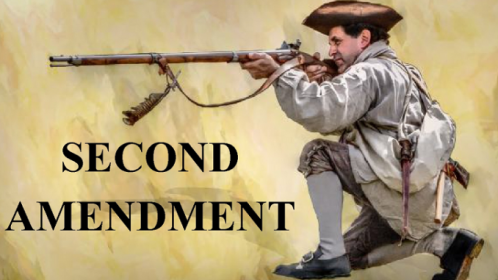 The Second Amendment to the Constitution of the United States reads…

“A well regulated Militia, being necessary to the security of a free State, the right of the people to keep and bear Arms, shall not be infringed.”

As a student of English, I appreciate the specificity of the language – and the importance of punctuation. You can’t separate a parenthetical clause from the body of a sentence and reinterpret the meaning of the sentence to suit your ideology.

“A well regulated Militia, being necessary to the security of a free State, the right of the people to keep and bear Arms, shall not be infringed.”

The Framers — our esteemed Founding Fathers – were clearly concerned (fresh from a Revolutionary War against Britain) that we have a well-drilled local militia ready to take the field and battle against foreign aggressors. Citizen soldiers (the famous Minutemen) were therefore, armed, drilled, and prepared to face foreign armies.

But foreign invasion is simply NOT a concern today. (Unless it’s a Russian-style cyber invasion.)

So, why do we Americans allow civilians to own military-style semi-automatic weapons? (Automatic — if you factor in bump-stocks.) Are the NRA-loving folks armed with such high-powered weapons members of a “well regulated Militia?”

So, given that Our Founders were Englishmen (or, at least, descendants of English speakers) versed in the King’s English, they could not have envisioned the situation we confront today: untold thousands of high-powered weapons in the hands of paranoid people who aren’t members of a “well regulated Militia.”

Sorry, Wayne LaPierre, I call your bullshit. And so do the student survivors of the mass school shooting in Parkland, Florida.

Like Australia – and all the other civilized countries in the world, we cannot accept mass shootings in our schools — or Country Music concerts — or anywhere else. 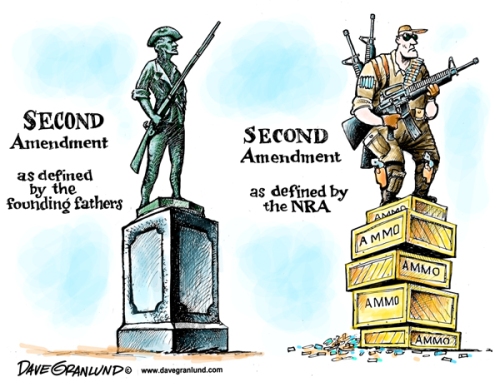