I’m not a trained espionage agent.

Nor am I a political campaign professional.

But I am a thinking human being. I can read. And I can process what I read logically. 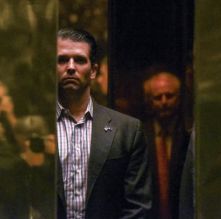 And that’s why two particular e-mails in Donald Trump Junior’s infamous e-mail string – and the fact that Donnie Jr., Trump’s campaign manager, and his son-in-law took a follow-up meeting — are all I need to determine that the Trump campaign colluded with the Russian regime to hack and undermine our nation’s democratic process.

“I love it especially later in the summer”

Don’t get distracted by all the straw arguments. 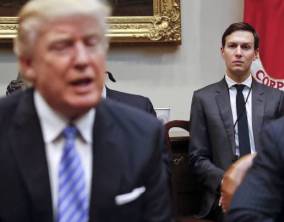 It doesn’t matter if the Russians gave them anything substantial at that subsequent meeting.

And Donald Tump Jr., Paul Manafort and Jared Kushner did not inform the FBI.

They also repeatedly denied that the Russians were meddling with the election in any way.

They repeatedly said that their campaign had no contact with Russians.

Jared Kushner left this meeting — and other signifcant Russian contacts — off the disclosure forms required for his security clearance.

And the traitorous trio allowed Donald Trump himself to dump bucket after bucket of cold water on the very notion of Russian hacking. In fact, they allowed Trump to publically encourage Russian hacking.

All of which, at the very least, provided cover for a Russian election-meddling effort that the traitorous trio knew was underway as early as June 3rd, 2016: an effort the objective of which, they certainly knew, was to support Donald Trump.

So, forget all the other noise. Forget all of Trump’s tweets and the weasel words of his pathetic media mouthpieces.

Special Prosecutor Robert Mueller now has all he needs to bring the curtain down on Trump’s clown show.

6 responses to “The Traitorous Trio”