The Passing of The Pocket Puma

There are domestic cats. And there are wild cats.

And there was, and ever will be, Caliban. 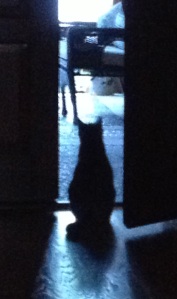 Historians tell us that cats were cult animals in ancient Egypt, but it’s believed that cats may have been domesticated as early as the Neotlithic Period (7500 BC). As for wild cats, there are still a handful of savage undomesticated felines in our neighborhood.

An article in the August 14, 2014 edition of The Los Angeles Times, noted that there are still 8 to 10 mountain lions in the Santa Monica Mountains. Our Caliban considered himself among their wild number.

But, in fact, our Caliban was unique. He was a domesticated wild cat — The Pocket Puma: an animal as comfortable in the wild and he was in our den. 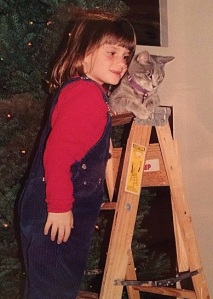 Born on the Fourth of July, Caliban came into our lives sixteen and half years ago. For 15 years he lived the adventurous life of a bold indoor-outdoor cat in the foothills of the Santa Monica Mountains, slaying rabbits, gophers, rats, mice, birds, and lizards – all the while frustrating the murderous designs of the coyote hordes who sought his demise.

And yet, in our home – where he chose to nap, occasionally dine, and accept our petting and adoration – this savage killer was always the cutest and cuddliest of pets. 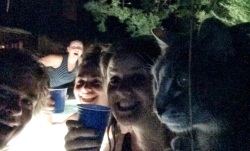 Caliban, as usual, joins the party.

I can only imagine what a fleeing rabbit saw in Caliban’s eyes in those last bloody moments before he became yet another trophy to be laid upon our doorstep – but my wife and daughters and I saw only the tame and affectionate boy who became, over the years, our loyal and devoted son. 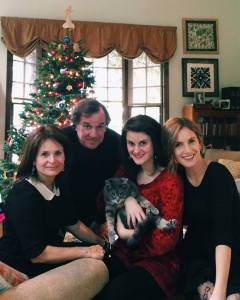 Between Christmas 2014 and New Year’s 2015, Caliban went to Kitty Valhalla. He passed away in his home, surrounded by his family, and was buried beneath the hills upon which he hunted with unrivaled ferocity and flair.

We’re having a hard time saying goodbye to such a good, good boy. But our very dear friend, Brad Hall, has penned a tribute that says a great deal of what we feel about our dear, sweet, savage Caliban.

And hear thy praises sweetly named and sung;

Homage must be giv’n; now, the best I can,

Your song I’ll sing, tho sadness has my tongue.

Courage! Honor! How can a cat have these?

Virtue! Kindness! All yours, and in excess!

Famous your kills, brought home in twos and threes!

Little bloody trophies to your success.

Your philosophy – what you tried to do,

Live your life beside, but without us too;

Living room and forest both hold your tracks.

In mem’ry your spirit will play some part

But you, oh Caliban! you were all heart. 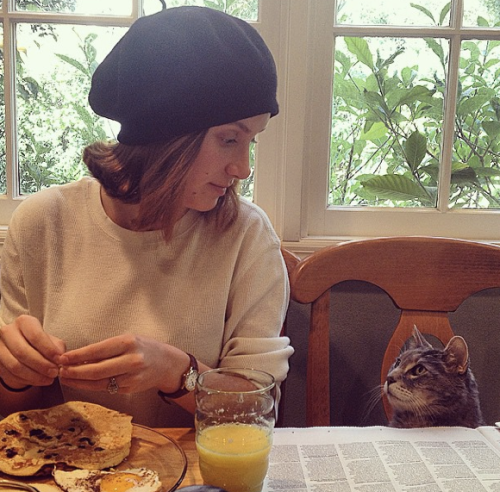 5 responses to “The Passing of The Pocket Puma”