A Day at the Races: Birthday Fun at Santa Anita Park. 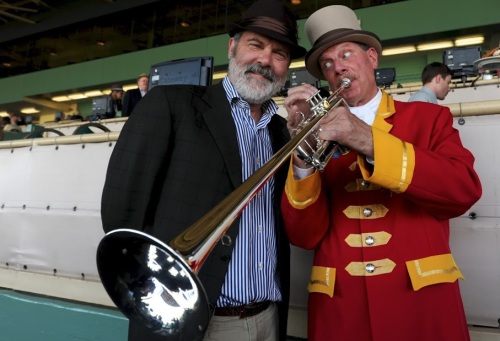 Damon Runyon would have loved it: a splendid day at Santa Anita, the crown jewel of So Cal horse racing. 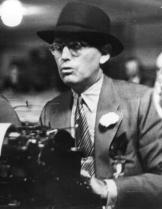 Of course, Runyon was a New City habitué, following the ponies at Aqueduct rather than the historic track at the foot of the mountains in Arcadia, California.

But the guys and dolls who gathered at The Turf Club to mark our great friend Jim Newton’s 50th birthday were the kind of colorful characters that Runyon would have loved to populate his classic stories.

It’s fitting that Runyon was a newspaperman, because “Gentleman Jim” Newton — and so many of our dear friends who joined us at Santa Anita Park on Saturday, February 16th — are journalists who have toiled at The Los Angeles Times. 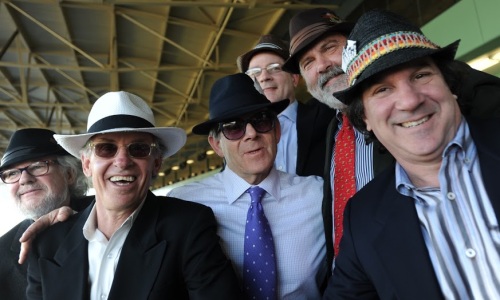 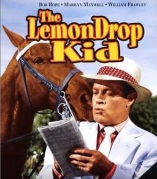 It felt a bit like a scene from Sorrowful Jones or The Lemon Drop Kid as this Pulitzer Prize-winning group of writers and reporters were soon turned into a bunch of rabid horseracing railbirds.

My wife Victoria, daughter and I were attending Santa Anita Park for the first time – nearly eight decades after the oldest racetrack in Southern California opened on Christmas Day 1934.

Movie producer Hal Roach – the guy who brought us Laurel & Hardy and The Little Rascals – helped to open The Turf Club: the very same swanky section of the park that we gathered to celebrate Jim’s birthday.

We were all dressed appropriately for the venue — and ready for an afternoon of adventure at the track. 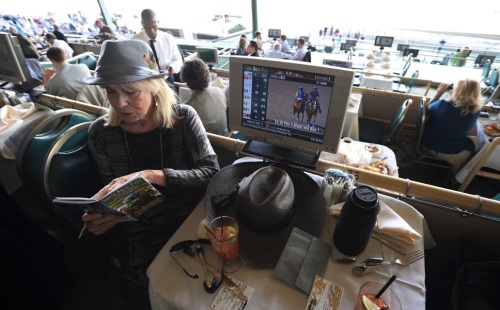 Carol “Lucky Lady” Stogsdill peruses the racing form in search of a winner. 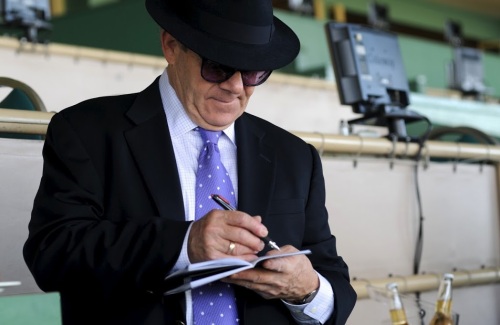 Henry “The Horse” Weinstein makes notes on his next wager. 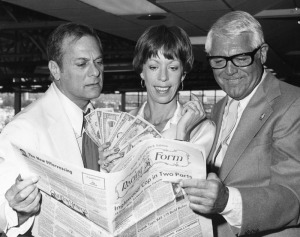 In its glory days, Santa Anita attracted Hollywood luminaries including Betty Grable, Lana Turner, Jane Russell and Cary Grant. Bing Crosby and Al Jolson were among the stockholders. Spencer Tracy, Errol Flynn, and “Jeopardy” host Alex Trebek have owned horses that raced at Santa Anita. (One of horses racing the day we were there is owned by pro golf great, Greg Norman.) Santa Anita was the place where, in 1940, the legendary racehorse Seabiscuit won the Santa Anita Handicap in his last start.

Of course, historian Jim Newton was quick to inform me that from 1942 to 1944, Santa Anita Park was used by the U.S. government as a transport center for nearly 20,000 Japanese-Americans bound for internment camps like Manzanar in California’s Owens Valley.

Unlike those unfortunate internees during that infamous episode in Santa Anita’s history, we came to the racetrack voluntarily – and once we beheld the glorious view from the grandstand, gazing out across the exquisitely groomed grounds to that mountainous backdrop – it was hard to understand why, after more than 20 years of life in Los Angeles, we’d never been to Santa Anita before. 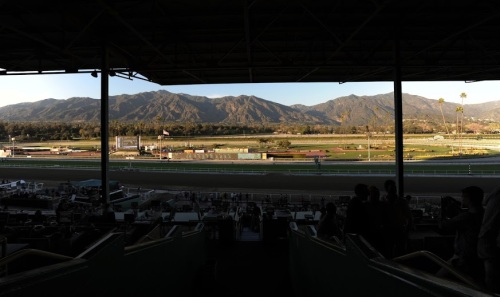 Spending the day at The Turf Club made our Santa Anita experience even more special. You can’t find a better place to people-watch between races. 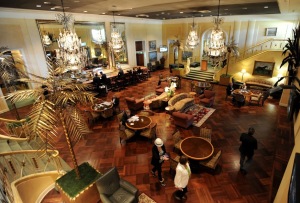 Ordering a drink at the luxurious Turf Club bar or placing your bets at the club’s private wagering windows, it’s easy to conjure the excitement and glamour of Santa Anita’s heyday.

With its dress code strictly enforced and its aura of opulence and classic, old school charm, the Turf Club is a bastion of civilization in a rapidly changing time.

And then there are the horses. 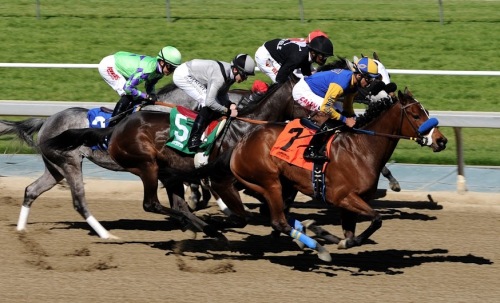 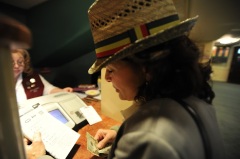 Over the course of the 10 races that day, Victoria and I placed our wagers on thoroughbreds with names like God Of War, Smil’n From Above, Great Hot (an 8-1 shot that earned Victoria $80 on a $10 bet), Camille C, Jubilant Girl, Jesse’s Giacomo and Hard Buns. 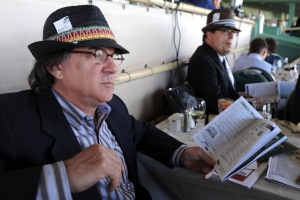 I should have bet on Judy In Disguise to win in the 8th race. My rock & roll instincts told me to go with the filly named after the 1968 hit song by John Fred and his Playboy Band (also covered by Gary Lewis & The Playboys later that same year) – but I second-guessed myself. Judy in Disguise won the race going away.

By the time the last horse crossed the finish line, Victoria and I broke even betting on the ponies – but our day at races was a clear winner.

And here’s a sure bet.

It won’t be another two decades before we pay our next visit to Santa Anita Park. 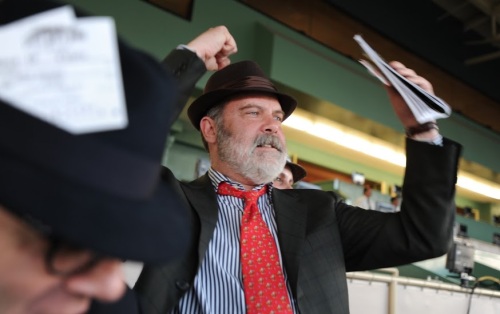 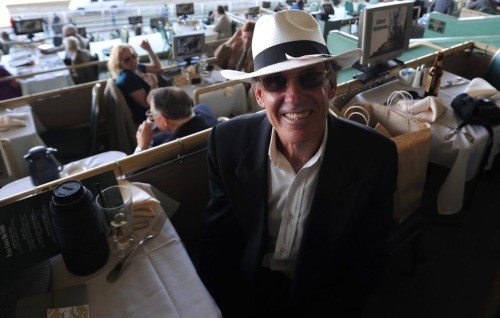 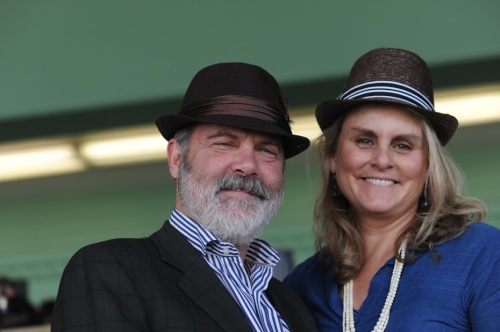 Our hosts, Jim & Karlene: the First Couple of Cool.

6 responses to “A Day at the Races: Birthday Fun at Santa Anita Park.”