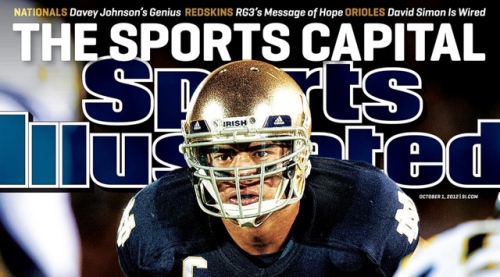 I’m a college football fan. I like the Notre Dame Fighting Irish. I revere The Four Horsemen, Knute Rockne, and winning one for the Gipper. But the Manti Te’o story is making me nuts. It’s more than just a juicy scandal that’s currently fueling countless hours of sports talk radio – it’s a clear and alarming signal that journalism in America is in a state of crisis.

You can follow the link above to read all about the biggest sports story of the moment: The Manti Te’o Girlfriend Hoax. 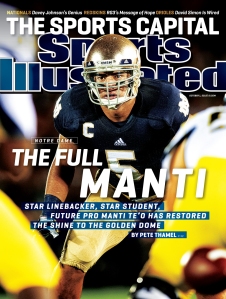 A blogger at Deadspin.com broke the story – and burst young Manti’s golden bubble — but how in the world did the mainstream media, especially Sports Illustrated magazine, fail to apply the barest minimum of journalistic standards to one of the biggest college sports stories of the year?

I’m a television producer – and I’ve told a lot of stories about celebrities in series like Behind The Music and Fame For Fifteen, among others. (And mind you, these are not “news” shows – they’re entertainment.) Yet it’s my responsibility as a producer and storyteller not to take anything for granted, not to accept anything at face value – and to follow up on all aspects of the story that provoke questions.

So much of what Sports Illustrated reported in Pete Thamel’s October 1, 2012 cover story, The Full Manti, begged for what I would have considered very basic follow-up reporting. Had that basic research been done, due diligence calls been made, and had quotes been sought from any of the girlfriend’s family — this hoax would have begun to unravel before SI’s story ever hit the newsstand.

What were the editors at Sports Illustrated thinking? 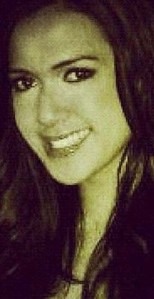 NOT the mythical Lennay.

In his article, Pete Thanel wrote:

“Te’o had dated Lennay Kekua, 22, for nearly a year. She’d been hospitalized in California since an April 28 car accident left her on the brink of death. Two months after the accident, as she began to recover from her injuries, doctors discovered that she had leukemia and sent her to a new hospital…”

Did Pete Thamel follow up to learn where “Lennay Kekua” had been hospitalized? Did he seek any photos from her car accident? (These are usually available because of insurance investigations.) Did he try to talk to any of her doctors? Had Thamel done any of this basic reporting, the story might have started to unravel before it ever got published. Or, better yet, Thamel could have broken the hoax himself.

But it gets much worse. Te’o told Thamel that…

“As Lennay struggled to survive, Te’o developed a nightly ritual in which he would go to sleep while on the phone with her. When he woke up in the morning his phone would show an eight-hour call, and he would hear Lennay breathing on the other end of the line. Her relatives told him that at her lowest points, as she fought to emerge from a coma, her breathing rate would increase at the sound of his voice.” 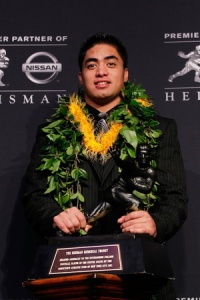 Now, I’m just a reality TV producer – not a national reporter for Sports Illustrated – but a paragraph like the one above cries out for substantiation and follow-up for dramatic reasons alone! Wouldn’t you want to talk to the relatives who told Manti his calls had been so miraculously therapeutic? Get a quote from them about the amazing effect of Manti’s calls? Wouldn’t you try to talk to the tragic girlfriend’s parents? Had Thamel done the minimum that I’d have required of any producer working for me on such a story, the hoax would have been apparent.

I understand that that Sports Illustrated‘s Manti Te’o cover story can no longer be found in its online archives. Evidently, the entire issue has been scrubbed from the archives. No problem, this is the digital age, and I was able to find a PDF of the article rather easily. And that’s another reason that the media’s Epic Manti Te’o Dead Girlfriend Fail is such a spectacular blunder: basic research is so much easier now. Getting the facts about the mythical “Lennay Kekua” would have been easy. 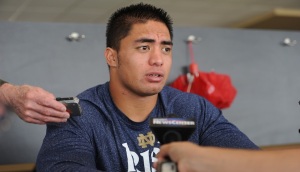 Was she a student at Stanford? No.

Was she a patient at the hospital? No.

Was there any evidence of her death? No. No obit or death notice could be found.

Did she have any parents to talk to? No.

Do we just take Manti Teo’s word for everything? Evidently, yes.

Was Sports Illustrated more interested in printing a hot-selling cover story than practicing actual journalism? Sadly, it appears the answer is yes. 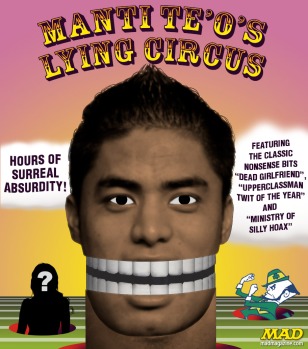 Now, the Manti Te’o Dead Girlfriend Hoax is all the rage in the mass media – especially sports talk radio — and objective, dispassionate, challenging journalism is still nowhere to be found. There’s a lot of blather back and forth about whether Manti is a victim of the hoax or whether he was complicit. But the real questions – the ones that could lead to real answers – are not asked.

Notre Dame officials insist Te’o is a victim. The school maintains that someone using a fictitious name “apparently ingratiated herself with Manti and then conspired with others to lead him to believe she had tragically died of leukemia.” But if Manti is the victim of a hoax, then what did the hoaxers hope to gain by their scam? There’s no indication that “Lennay Kekua” ever asked Manti for money or gifts – or anything? What was in it for them to work so hard for three years?

If Manti is the victim of a hoax, then is the woman who pretended to be “Lennay Kekua” such a great actress that she could – over the course of three long years – manage to act as though she was in a car accident, suffering from Leukemia, and going through the rigors of chemotherapy – sometimes for as long as eight hours on the phone at a time? Is this the least bit plausible? 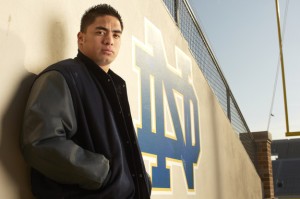 And is anyone asking why, for three years, Notre Dame’s big man on campus, the star players and captain of its football team, would prefer the company of a woman he could only communicate with via the phone to the many, many lovely, available coeds on the South Bend campus?

Did Manti ever ask to Skype with “Lennay Kekua”? What young couple today doesn’t Skype or iChat?

Te’o released a statement saying, “over an extended period of time, I developed an emotional relationship with a woman I met online.” But a story in the South Bend Tribune said the two met after Notre Dame’s 2009 game against Stanford, where she was allegedly a student. 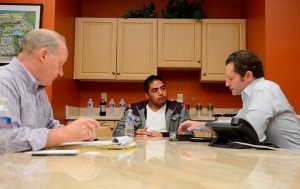 Those apologists who say that Manti was not involved in the hoax cannot explain this 2009 meeting. And Jeremy Schaap, the ESPN reporter who just interviewed Te’o off-camera, got no traction on this inconsistency. According to USA Today, “Te’o admitted that he led his father to believe he had physically met Kekua, although he repeatedly denied to ESPN that any meeting had happened. It was Brian Te’o, Manti’s father, who largely supplied the information for an October article in the South Bend (Ind.) Tribune that chronicled the relationship.”

According to the South Bend Tribune: “Their stares got pleasantly tangled, then Manti Te’o extended his hand to the stranger with a warm smile and soulful eyes.”

Manti “led his father to believe he had physically met Kekua”. So, Manti lied to his dad, right? How is that not participating in the hoax?

Manti’s father went his son one – or several times – better by telling the South Bend Tribune in October 2012, “Every once in a while, she would travel to Hawaii, and that happened to be the time Manti was home, so he would meet with her there.”

You’ll hear a lot more about this story in the coming weeks and months. Hopefully, some real journalists will get on it and the truth will out.

But something tells me that Manti Te’o is not the victim here. His hoax story is full of more holes than the Irish defense against Alabama.

The American public is the victim.

The victim of shoddy journalism.