The Vic & Paul Show is coming to Beverly Hills.

We’re talking Beverly Hills on the southwestern edge of the South Side of Chicago. (Known to the locals simply as Beverly.)

Yes, The Vic & Paul Show is going back to Chicago this summer.

And this time, it’s a special homecoming for my wife, Victoria Zielinski – because the show The Chicago Tribune hailed as “Old school sketch comedy done right” will be coming to Vic’s old South Side neighborhood.

The brilliantly funny girl who grew up at 91st and South Hamilton will be performing just 20 blocks from her childhood home when The Vic & Paul Show runs at The Beverly Arts Center at 2407 W. 111th Street from June 15-24th, 2012.

As always, Vic and I will be accompanied by our great friend, fellow Northwestern alum, and ridiculously talented musical director — “the rather impish and thoroughly amusing Steve Rashid”*. Steve also performs his own brand of satirical songwriting in the show: “songs,” notes Chris Jones of The Chicago Tribune, “that recall the stylings of Tom Lehrer.”

(*According to The Trib’s chief theatre critic, Chris Jones – and we certainly agree.)

Last year, we appeared on WGN radio personality (and Chicago newspaper icon) Rick Kogan’s radio show, The Sunday Papers — and Rick introduced us by saying, “One of the theatrical events of the year is the return of Paul Barrosse and Victoria Zielinski to the Chicago stage with ‘The Vic & Paul Show’. I know it’s a lofty comparison, but you guys are the new Nichols & May, as far as I’m concerned.”

Talk about making us feel at home in Chicago after more than two decades.

Vic and I left the Windy City in 1991 to do TV work in Los Angeles – and raise our three wonderful daughters – but now that our kids are of age we’re back on the stage. And according to Chris Jones in The Chicago Tribune, “domesticity has not dulled the itch of Zielinski and Barrosse for a Chicago comedy stage, a couple of hard-backed chairs, and each other.”

We’ve been having great fun trodding the boards once more with Steve at the piano, beginning with our June 2010 debut at Push Lounge in Los Angeles, directed by our good friend and another NU alum, Evanston’s own Shelly Goldstein. A year later, we brought The Vic & Paul Show to Chicago for the first time at The Prop Theatre in June 2011, followed by a great holiday season run at Mayne Stage in Rogers Park. 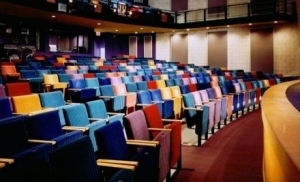 If you live in the Chicago area and you haven’t seen The Vic & Paul Show yet, we hope you can join us at the 400-seat Beverly Arts Center for this run. It’s a wonderful venue for the show – and you may want to get there early to check out the rotating exhibitions of contemporary art in The Beverly Arts Center’s four gallery areas: second floor East Gallery, Bridge Gallery, Theater Gallery and Atrium. These exhibits are free and open to the public. 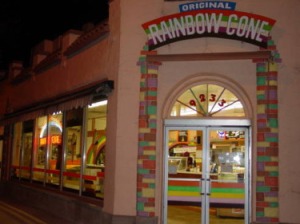 After the show, you can enjoy the best of Beverly, including some of Vic’s girlhood haunts, like Fox’s Beverly Pizza Pub, or a magnificent frozen summer treat at Rainbow Cone on Western and 92nd. And, according to Wikipedia, Beverly is home to more Irish-style pubs than any other in Chicago. Satisfying after-show options abound!

Okay, I know what you’re thinking.

Sure, The Vic & Paul Show is crazy funny, The Beverly Arts Center is obviously a great place to see a show, and all those Irish pubs sound like a guaranteed good time – but how in the world did Vic’s old neighborhood get the name Beverly Hills?

That’s because Beverly is the only area in the City of Chicago that has hills: in fact, it’s located on the highest elevation in the city!

So, this June, it can truly be said that The Vic & Paul Show has reached the top.

Join us at the topographical summit of Chicago for two weeks of grown-up fun: sophisticated and irreverent improvisational sketch comedy and songs performed in a splendid theatre in a vibrant, historic neighborhood.

And did I mention Vic grew up there? 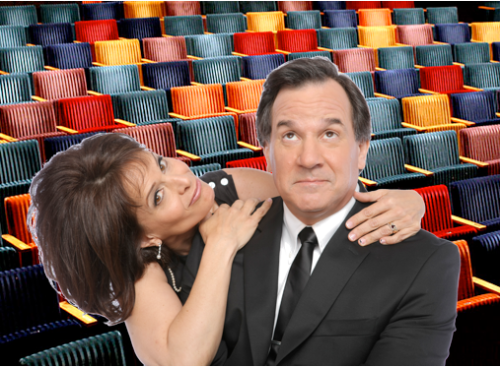