Victory in the Land of Lincoln? 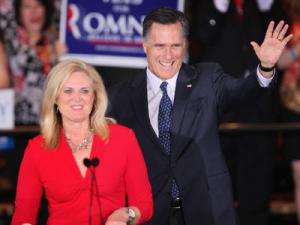 So, Mitt Romney won the GOP Primary in the great Midwest state of Illinois. He clobbered the prudish religious zealot Rick Santorum and probably assured his nomination as the Republican candidate for the Presidency. But what does Mitt’s victory in the Land of Lincoln really mean?

First of all, let’s look at Illinois Republican Primary voter enthusiasm in 2012. Were this year’s GOP voters in Illinois more psyched up to vote than they were when they lost the Presidency to the state’s favorite son Barack Obama in 2008?

About 902,214 Republicans cast their votes in this year’s GOP primary. That’s less than a million votes in a state with more than 7 million registered voters: so much for enthusiasm.

A total of 899,422 Illinois Republicans voted in 2008. So, four years after living through President Obama’s first term, less than 3,000 more Republicans statewide went to the polls to help kick Obama out of office. Not exactly a groundswell of opposition.

This year’s Illinois Republican Primary saw an even greater level of indifference than four years ago – when McCain wound up losing Illinois in a landslide.

So, how do you think President Obama is reacting to Romney’s “victory” in Illinois? Probably something like this…