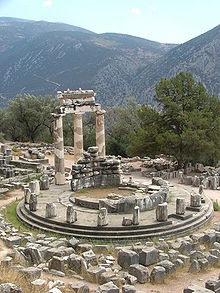 You didn’t have to scale Mount Parnassus and consult the Delphic Oracle to foretell that Mitt Romney was going to clobber Newt Gingrich in the Florida GOP Primary on Tuesday night.

The final tally gave Romney an overwhelming victory with 46.4% of the vote to 31.9% for Newt “46 more states to go” Gingrich.

But if there are Tea Party types, Libertarians, Social Conservatives and Fans of Philandering Politicians who are bummed by Romney’s easy victory over the likes of Gingrich, Santorum and Paul – then perhaps those conservatives may want to reconsider their embrace of Corporate Personhood and the Supreme Court’s democracy-destroying decision in the Citizen’s United case. 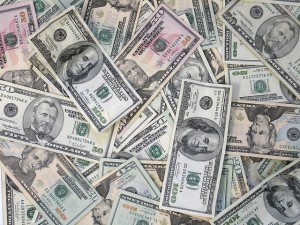 Mitt Romey is a wealthy candidate to begun with – but there’s no way for relatively cash poor candidates (no matter how principled and ideologically pure they may be) to compete against the flood of Super Pac money that a Wall Street crony like Romney can attract. Justice Alito may be shaking his head “no” for a very different reason tomorrow morning. If Chief Justice Roberts and Company didn’t see this onslaught coming when they decided that money = speech, then they are even more blind than justice is supposed to be.

So, cry in your beer, you blue collar Social Conservatives. Weep for poor Rick Santorum, your anti-choice, gay-baiting standard bearer, because he can’t compete with the money Mitt’s friends poured into Florida!

Call out in anguish, you Libertarian Ron Paul Revolutionists – because the no-rules, laissez faire, anti-regulatory religion you and you candidate adhere to has no answer for the rampaging anonymous money machine that chased the good doctor out of Florida!

And rend your garments, you Newtonians. Wail and gash your teeth because your brilliant historian’s erudition, high-minded philosophizing and vaunted forensic skill were no match for tens of million of dollars worth of negative campaign ads paid for by…

We don’t know who paid for them.

Classic Greek democracy developed in Athens around 508 BC, and stumbled along for about 186 years, before the conquering Macedonians suppressed the Athenian Democracy in 322 BC.

American democracy has lasted 50 years longer – but who needs the Macedonian hordes when you’ve got Roberts, Alito, Thomas, Scalia, and Kennedy working against you.

2 responses to “Mitt Romney, Florida & The Death of Democracy?”