You won’t hear about it much on the TV news, but today — on Friday December 10, 2010 — Senator Bernie Sanders of Vermont began conducting a good old-fashioned Mr. Smith Goes to Washington-style filibuster. An Independent who caucuses with the Democrats, Senator Sanders is outraged by the Obama-GOP tax giveaway to the mega-rich. Sanders is speaking truth to power — and giving us all a history lesson of the past lost decade. 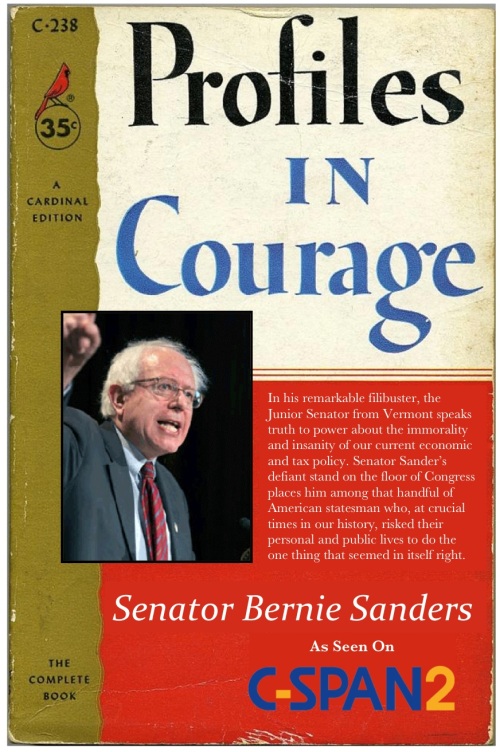 While what Sanders is doing is not a filibuster under the traditional definition – he began speaking at 10:25 am ET – and, of this writing at 5:42 ET – he’s still going strong. Sander’s righteous stand has attracted so much attention today that it temporarily shut down the Senate video server.

We’ll hear about this historic moment on MSNBC, but will ABC, CBS, NBC and CNN give Bernie’s Big Speech much play? I’ll be surprised if they do. You can forget FOX.

Sanders began his marathon with a 2-hour speech against the tax cut deal before handing over the lectern to Sen. Sherrod Brown (my progressive Senator from Ohio) and then Sen. Mary Landrieu (D-La., actually acting like one this time). 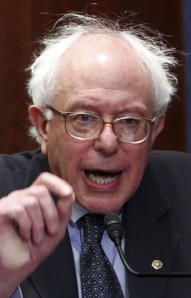 “How can I get by on one house?” Sanders said. “I need five houses, ten houses! I need three jet planes to take me all over the world! Sorry, American people. We’ve got the money, we’ve got the power, we’ve got the lobbyists here and on Wall Street. Tough luck. That’s the world, get used to it. Rich get richer. Middle class shrinks.”

A Sanders spokesman said that the 69-year-old senator will talk “as long as he can”. He hasn’t taken a break since this morning or had anything but water. “He doesn’t have an end time.”

Here’s to you, Senator Sanders: a true profile in courage.

One response to “Bernie’s Big Speech!”