Salute to the Opening of Spring Training 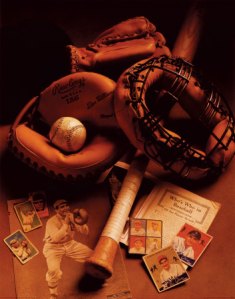 This is the week that Major League Baseball’s spring training camps begin. Of course, the hateful, evil, Satanic New York Yankees were among the first teams whose pitchers and catchers reported to spring training on Wednesday, February 17, 2010. I will leave it to the all-knowing baseball gods to explain why my downtrodden, under-achieving Cleveland Indians (who you’d think would want to get a head start on the damnable Yankees and everybody else) were the very last club to hold their first spring workouts on Tuesday, February 23 – nearly a full week after the Yankees. What the hell? Was my Tribe gallantly giving the hated Yanks a head start? My competitive head aches…

But regardless of how my beloved Cleveland Indians have approached spring training 2010, I’d like to celebrate the first flowering of the MLB baseball season with a re-print of a poem I wrote many years ago. Full credit must be given to my wife Victoria (who was not yet my wife at the time) who managed in 1988 to get my satiric take on Ernest Lawrence Thayer’s “Casey At The Bat” published in the Baseball Bible, The Sporting News.

I still remember being at the wheel of our car when Victoria told me that some sports publication called “the sporting something” was going to publish my poem. “Is it The Sporting News?” I screamed at her, pounding the steering wheel! “Are you talking about the Baseball Bible? The Sporting News??” Victoria was a cool, impossibly groovy girl — but she had no idea how absolutely perfect a publication she’d landed. And, as a relatively good South Side Chicago girl, she could not fully appreciate how I felt when I saw that the legendary Mad Magazine artist, Jack Davis, illustrated my poem.

UPDATE: Before I published this article, I wrote to The Sporting News to confirm the identity of the artist.  In September 2010, I finally heard from Sporting News archivist Bill Wilson that is was he — and not Jack Davis — who illustrated my poem. “I hate to disappoint you,” writes Wilson, “but the ‘prominent artist’ who illustrated this piece was none other than me. I’ll take the compliment, however, as well as the comparison to Jack Davis—it is an apt one, as he was one of the biggest influences on my style. I was with TSN as everything from a staff artist and cartoonist to creative director between 1981 and 2008.” Ultimately, I’m not disappointed. The very talented Bill Wilson did a great job.

With apologies to Ernest Lawrence Thayer, a tongue-in-cheek look at baseball today…

It looked extremely hopeful for the Mudville nine that year,
The Spring was full of promise, and the fans were full of cheer.
Then came the news by UPI that hit home with such clout,

The star would not report that Spring — Mighty Casey would hold out!

Casey was the MVP on last year’s Series Champ,
And all the writers in the land pitched tents in Casey’s camp.
‘Twas “Casey this!” and “Casey that!” and features on TV,

Now when they came to interview, no Casey did they see.

“No Pay — No Play,” read headlines, “We Want Millions — Nothing Less!” 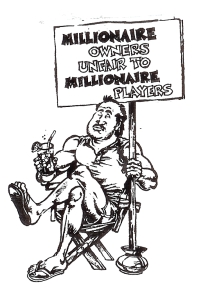 The season ticket holders soon stopped calling to renew,
As Casey held out six long weeks, and then another two!
Spring training almost over, and the lineup nearly set,

The name of Mighty Casey was not written on it yet.

On Op’ning Day the Mayor threw the first ball out with shame,
Not a fan inside the ballpark dared to whisper Casey’s name.
The players took the field and paused to hear the Anthem played,

The fans were growing restless, Mudville started 0 and 10,
And rumor was that Mudville would not see Casey again.
But when Casey’s agent Zucker sought an arbitration hearing,

Every Mudville heart believed a blessed settlement was nearing.

Will be laid before the arbitrator — bare for all to see!”

The hearing lasted five long days, as both sides thrashed it out,
Some devoted fans of Casey’s were no longer so devout.
“He has problems with his back,” his trainer testified to all,

“He’s drunk so often, sometimes he can’t even see the ball!”

“Casey never hits for average,” Mudville’s G.M. pointed out,
“And let’s not forget the day that ‘Mighty Casey had struck out!'”
The arbitrator ruled that Mudville pay nine hundred grand,

But Mudville brass weren’t buying and they made their own demand.

“If Casey wants his money, we demand he do his best,
And since he can’t be trusted, he must pass a urine test.” 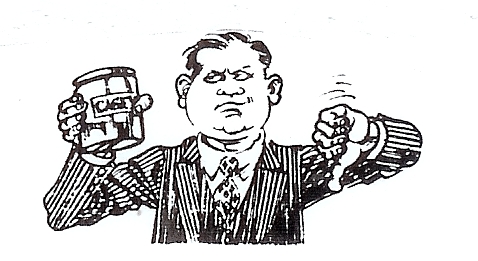 Casey’s test results were positive; all Mudville was in pain,

When Casey was suspended for dependence on cocaine.

Casey rehabilitated while the season passed him by,
Mudville fell into the cellar while he hung out to dry.
There were stories in the paper, graphic photos told the tale,

Of how Casey got into a fight and spent the night in jail.

This was not the season for which Mudville hearts had hope,
The greatness overcome by greed, the dream done in by dope.
By All-Star break, with Mudville’s pennant promise all but faded,

It was announced that Mighty Casey would be reinstated.

Casey soon was reassigned to Triple A Des Moines,
First time up he hit a triple, ran too hard, and pulled his groin.
On a minor league Disabled List, laid low by wear and tear,

Mighty Casey waited for his body to repair.

July was nearly over, Casey wasn’t yet in shape,
If Mudville had a chance in hell, they could no longer wait.
The day at last arrived when Casey showed up, bat in hand,

And was penciled in the lineup for the final pennant stand.

Casey stepped into the box, a hush was heard to fall, 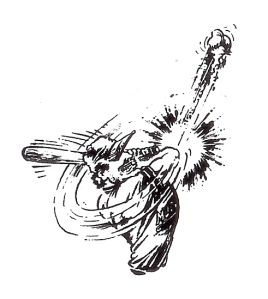 With Mudville on its feet, he tore the cover off the ball.
It smashed against the outfield fence, a triple in the gap,

And Casey, charging hard for third, paused just to tip his cap.

The throw from left was right on line, and Casey had to slide,
But Casey’s legs did not react, he could not find his stride.
The baseman put the tag down from the fielder’s perfect peg,

Before the dust had settled, Mighty Casey broke his leg.

A silence gripped the faithful when they heard that fateful crack,
And realized that Casey was not ever coming back.

They bundled him with air-splints and they trundled him away,

No Mudville man nor boy alive will e’er forget that day.

Somewhere children sing and laugh and play with simply joy,
Somewhere in ev’ry Baseball Play’r still lives the little boy,
Somewhere there’s a place where Baseball’s just a joyous game,
But there is no joy in Mudville — Mighty Casey pulled up lame. 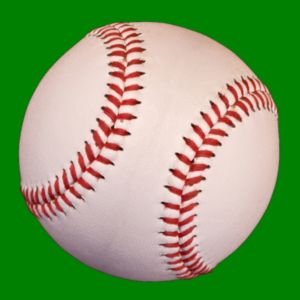 Author’s Note: Of course, if this had been written in the last decade, cocaine would have been replaced by HGH and steroids — and Tiger Wood’s peccadillos would have loomed large. In many ways, my 1988 Casey got off easy. 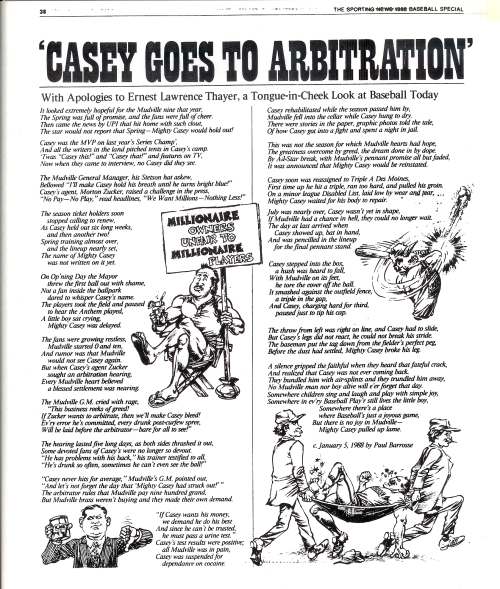 12 responses to “Salute to the Opening of Spring Training”