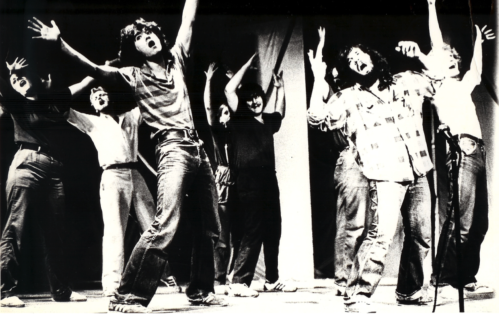 Tickets available at: Studio5 website. Or via Direct Ticket link, 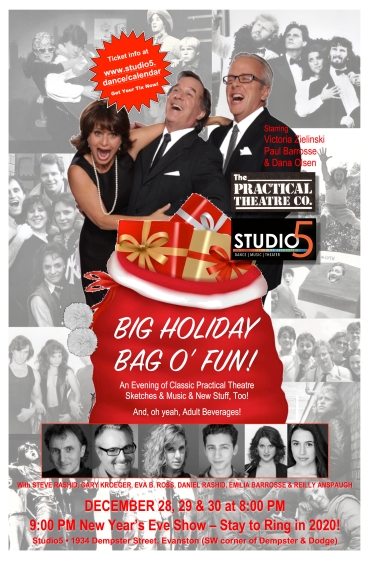 Come and party before the show, sipping cocktails and anticipating the fun in the warmth and comfort of the North Shore’s most intimate performance venue — located at Dempster & Dodge in Evanston.Shows run December 28-31.

Just One Week Until the Fun Begins! 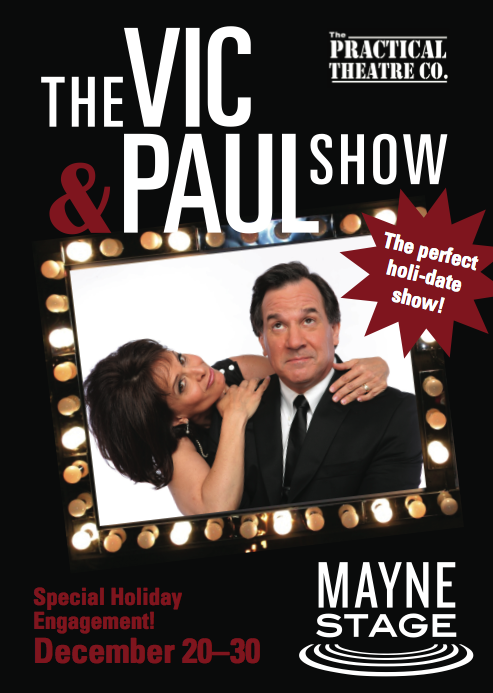 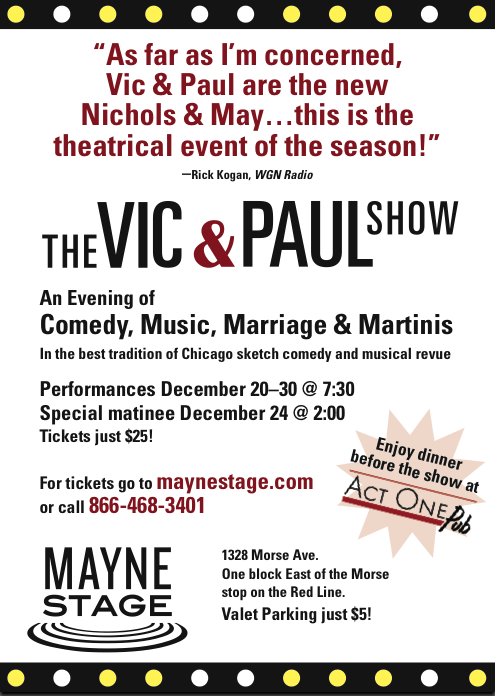 Vic & Paul: Finally Out of the House 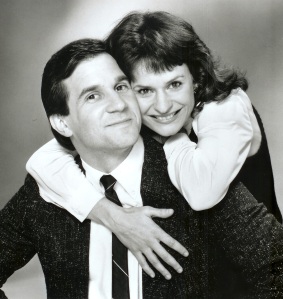 After a two-decade absence from the stage, my wife Victoria Zielinski and I will perform once again in The Vic & Paul Show — an original two-person comedy revue with music that will play for three weeks this June at Push Lounge in Woodland Hills.

It’s 2010 and we’re doing a show. We can hardly believe it ourselves. 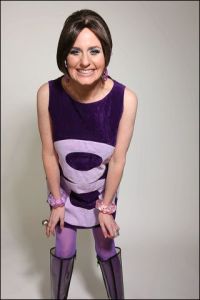 Our longtime musical director, Steve Rashid, is coming out west from Evanston to accompany us on keyboards – and our good friend (and local cabaret goddess), Shelly Goldstein has not only been heroically giving us what direction we’re capable of absorbing after all these years – she’s also going to be singing her popular cabaret set after our shows each night at Push.

It’s going to be three weeks of fabulous grown-up fun – somewhere between Nick & Nora and Nichols & May (if they were a couple of over-50 parents with grown children.) 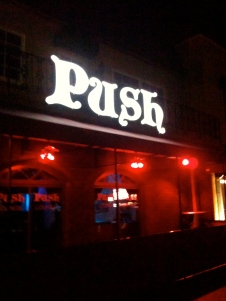 Push Lounge is located at 20969 Ventura Boulevard in that picturesque block of Woodland Hills known as The French Quarter. While this French Quarter lacks a Mississippi riverfront, Bourbon Street and beignets – it does have plenty of free parking in the evening. (I’ll say it again: free parking.) 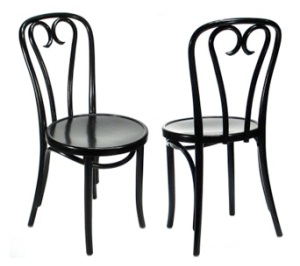 Push Lounge seats about 50 people a night, so if you’re planning to come – just reply to this post, let us know what night you’d like to come (and how many tickets you’d like), and we’ll put you on the reservation list.

The Vic & Paul Show is our way of celebrating our 20th anniversary as husband and wife by doing the thing that brought us together in the first place: having fun onstage and giving folks a chance to laugh along with us at this crazy world in which we live.

About Our Friends & Comic Collaborators: 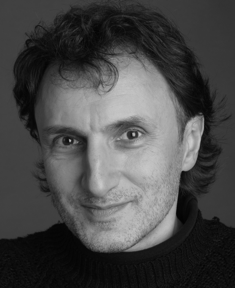 Steve is an Emmy winning composer, performer, producer and recording engineer with a B.A. in Music and Philosophy from Ripon College and a Masters in Music Composition from Northwestern University — and he’s one of the coolest cats we know. Steve’s company, Woodside Avenue Music Productions, is both a recording studio and a record label – and through it he’s released four solo CDs (“i will hold your tiny hand,” “Fidgety Feet,” “As In A Mirror” and “Song of Songs”). In addition, he’s produced/engineered hundreds of recordings for many other artists and labels, spanning jazz, folk, classical, bluegrass, gospel, country and pop music.

Steve’s newest project, cafeunderscore.com, is also his coolest. It’s an online gallery that displays a collection of Steve’s musical portraits of ordinary people observed in coffee shops.  You’ve got to experience it to understand how very groovy it is. (Steve’s a jazz guy, so it’s okay to use the word “groovy” when you talk about him.)

Rashid regularly composes music for dance — often in collaboration with his wife, choreographer Béa Rashid, who runs her own dance school, Dance Center Evanston. (It’s a wise man that works creatively with his wife.)

His jazz group, Steve Rashid and the Porkpies, was called “one of Chicago’s most entertaining groups” by the Chicago Tribune, and WGN Radio has called Steve “a Chicago treasure.” Vic and I are just happy to call him “friend”. 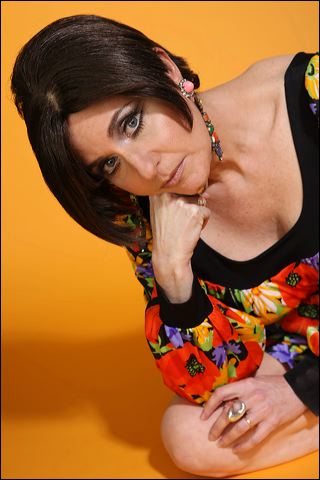 By night, Shelly’s an international cabaret performer who has headlined in such venues as The Gardenia, Cinegrill, Hard Rock, 88s Cabaret, and the Inner Circle at the Magic Castle (LA), Pizza on the Park, The Theatre Museum & Frankie’s (London) & the Mill Theatre (Dublin). She sang the Judy Garland songbook in the London Production of Judy & Frank.

A native Chicagoan, Shelly and her husband, Brendan Foley, divide their time between Santa Monica and London. She and Brendan also manage to collaborate as a couple: Shelly co-starred in writer-director Brendan’s film, The Riddle with Sir Derek Jacobi and Vanessa Redgrave and Brendan’s thriller, Legend of the Bog, with Vinnie Jones.

Shelly says she’s thrilled to reconnect onstage with me and Vic and Steve for the first time since the world was young. Indeed, this is going to be a lot of fun.

And we’d like you all to come out to Push Lounge and share the fun (and a smart cocktail or two) with us this June.

Who knows? It may be 20 years before we get a chance to do this again… 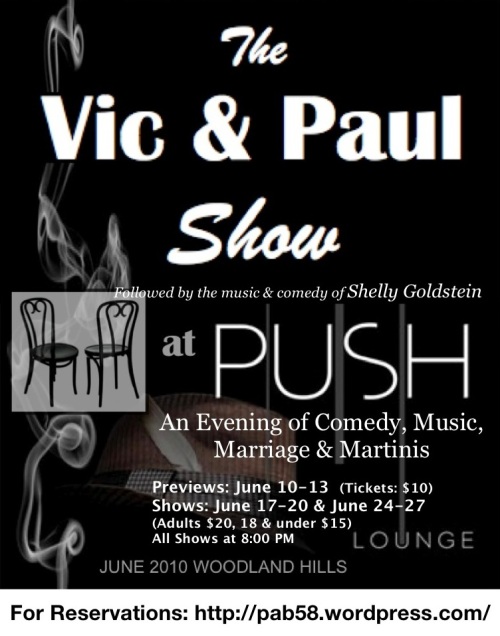