President Obama made the following remarks at a recent fundraiser, calling out the false equivalency narratives spun by the insufferable, Beltway-blinkered poobahs of the pundit class. He should continue to say these things publicly and emphatically – just like Harry Truman would have – all the way up to the mid-term elections.

“You’ll hear if you watch the nightly news or you read the newspapers that, well, there’s gridlock, Congress is broken, approval ratings for Congress are terrible.  And there’s a tendency to say, a plague on both your houses.

“But the truth of the matter is that the problem in Congress is very specific. 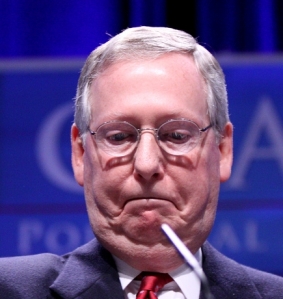 “We have a group of folks in the Republican Party who have taken over who are so ideologically rigid, who are so committed to an economic theory that says if folks at the top do very well then everybody else is somehow going to do well; who deny the science of climate change; who don’t think making investments in early childhood education makes sense; who have repeatedly blocked raising a minimum wage so if you work full-time in this country you’re not living in poverty; who scoff at the notion that we might have a problem with women not getting paid for doing the same work that men are doing.

“They, so far, at least, have refused to budge on bipartisan legislation to fix our immigration system, despite the fact that every economist who’s looked at it says it’s going to improve our economy, cut our deficits, help spawn entrepreneurship, and alleviate great pain from millions of families all across the country.

“There are no radical proposals coming out from the left.  When we talk about climate change, we talk about how do we incentivize through the market greater investment in clean energy.  When we talk about immigration reform there’s no wild-eyed romanticism.  We say we’re going to be tough on the borders, but let’s also make sure that the system works to allow families to stay together…

“When we talk about taxes we don’t say we’re going to have rates in the 70 percent or 90 percent when it comes to income like existed here 50, 60 years ago.  We say let’s just make sure that those of us who have been incredibly blessed by this country are giving back to kids so that they’re getting a good start in life, so that they get early childhood education…

“Health care — we didn’t suddenly impose some wild, crazy system.  All we said was let’s make sure everybody has insurance. And this made the other side go nuts — the simple idea that in the wealthiest nation on Earth, nobody should go bankrupt because somebody in their family gets sick, working within a private system.

“So when you hear a false equivalence that somehow, well, Congress is just broken, it’s not true.  What’s broken right now is a Republican Party that repeatedly says no to proven, time-tested strategies to grow the economy, create more jobs, ensure fairness, open up opportunity to all people.”

Now, I wish the mainstream Democratic Party position on climate change was more radical – and I don’t like hearing President Obama extolling an “all of the above” strategy, especially if that means we all get “fracked” in the process.

But, let there be no doubt. Progressives must get out the vote this fall. The only answer to our broken Congress is a Senate controlled by Democrats – and a House of Representatives in which Nancy Pelosi once again holds the gavel. Important issues like climate change, immigration reform, raising the minimum wage, Wall Street reform and income inequality will never be addressed while Republicans are in a position to obstruct positive change.

Then, in 2016, we must work to keep a Democrat in the White House – because our endangered democracy can’t afford another religiously biased, corporate stooge conservative on The Supreme Court.

But first – we’ve got to get that oversized gavel out of John Boehner’s hands. 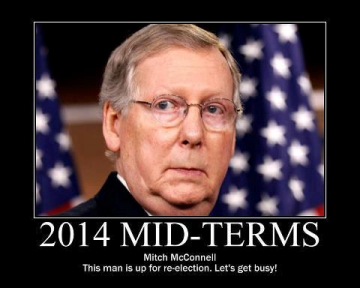