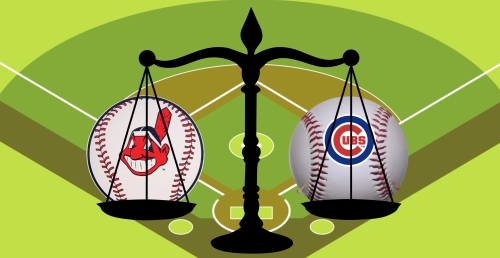 There’s no doubt that the 2016 World Series is laden with historic significance.

This year’s Fall Classic pits two of baseball’s legendary hard luck franchises: The Cleveland Indians and The Chicago Cubs. When you consider how long it’s been since the Indians and Cubs have won a World Series, it’s 1948 against 1908 – with the Cubs suffering the longest title drought.

The 2016 World Series will put an end to one of baseball’s two most notorious curses: the Curse of Colavito and the Curse of the Billy Goat.

And, for me, it will be an exquisitely personal experience.

I was born and raised on the West Side of Cleveland — but I went to college and lived and worked on Chicago’s North Side for 15 years. I married my wife, a Chicagoan and lifelong Cubs fan, in Chicago. One of our daughters was born there.

For years, I’ve been able to root for my American League heroes, The Indians – while also cheering for my favorite National League team, The Cubs. The likelihood that my dual baseball loyalties would be tested in World Series was remote. Like worrying about getting hit by lightning.

But now, the baseball gods have flung their bolts – and lightning has struck. 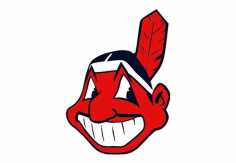 So, I must make my choice.

Baseball and boyhood are inextricable. Some of my earliest memories involve the Cleveland Indians. I remember when I was 3-5 years old, looking at the front page of The Cleveland Plain Dealer to see if the Tribe had won or lost.

My dad, who was a fine cartoonist himself, enjoyed showing me the small cartoon Indian that appeared on The Plain Dealer’s front page the day after each game.

If the Indians won, that tiny cartoon Indian brave looked upbeat – with a feather in his headdress. (Two feathers for two victories in a doubleheader.)

If they lost, the little Indian would have a black eye – or, in this case, a sore bottom from getting his butt kicked.

And in the case of a split doubleheader, he might sport one black eye for the loss – while triumphantly holding a scalp to indicate the win.

Little boys – and The Plain Dealer — had no clue about political correctness in the late 1950’s and early 1960’s.

I have vivid memories of frequent trips with my father and brother to the cavernous Municipal Stadium to cheer on those 1960’s Indians teams, starring my favorite player, Rocky Colavito. (Who should be in the Hall of Fame.) I was only two years old in 1960 when Rocky was sent to Detroit in a trade that many fans believed cursed the team – but I sure remember Rocky’s glorious return to Cleveland in 1965.

It didn’t hurt that Rocco “Rocky” Colavito was Italian. My mom is Italian – and as a member of St. Rocco’s Church and school – my world was decidedly Italian-centric. 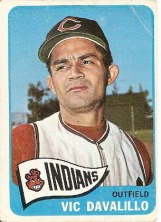 Heck, I also took pride in the fact that Rocky’s teammate Vic Davalillo was also Italian. (He wasn’t. Vic was Venezuelan.)

In all the seasons that I followed The Indians before I went off to college in Chicago, there were more lowlights than highlights. But I saw young Craig Nettles, Dennis Eckersley, Luis Tiant, Sudden Sam McDowell, Buddy Bell, Gaylord Perry and so many others compete in a Tribe uniform.

The Indians has a Straight A Tickets program – and boy, did I make sure to score those straight A’s. On Bat Day, they gave you a real bat. Can you imagine handing 40,000 kids a real bat in downtown Cleveland – or any city – today?

So, the Indians are in my DNA. They’re my hometown team. My boyhood idols.

But I love The Cubs, too.

Soon after arriving at Northwestern University in 1976, I started watching Cubs games on WGN – with Jack Brickhouse calling the games. We didn’t get every Indians game on TV in Cleveland, and I got hooked on watching the Cubs every day. 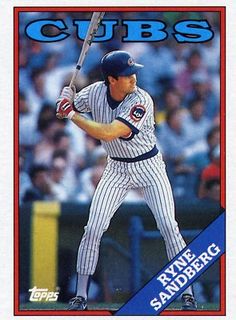 In 1984, I started going to Wrigley Field on a regular basis. After all those years of watching baseball in the drafty vastness of Municipal Stadium, I was charmed by the intimacy of The Friendly Confines. And I fell in love with the team, led by the bat and glove of the glorious Ryne Sandberg.

Of course, those 1984 Cubs broke my heart when they blew a two-game lead to lose the NL pennant to Steve Garvey and the San Diego Padres. Having my heart broken by the Cubs only intensified a growing bond with my fellow Cubs fans and the people of the Windy City’s North Side. I knew from birth what it was to support a lovable baseball loser. Now I supported two of them.

And, as a Cubs fan, I anguished along with everybody else in Chicago when Steve Bartman got in the way of that fateful pop foul.

These highs and lows only reinforced the needlessness of worrying about divided loyalties in an Indians vs. Cubs World Series. Such an incredible thing was never going to happen.

But now, it has happened.

And, as I said, baseball and boyhood are inextricable.

So, I’m rooting for my Cleveland Indians in this Series. 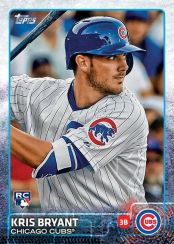 As for the Cubbies, they have so much youth, talent, pitching, managerial wisdom and front office brilliance that I expect them to be World Series favorites for the next decade.

Wait ‘til next year.

I’ll be rooting for a Cubs victory then.