Eva B in Concert at UCLA!

My daughter Eva B. Ross will play a free concert at UCLA’s Schoenberg Hall on Thursday, May 3 at 8:00 PM.

Opening for Eva on this impressive, eclectic bill are the acclaimed Thelonious Monk Institute of Jazz Ensemble and Superdevoiche, the UCLA Balkan Women’s Choir. All that great music – and it’s free!

Seating is limited. So RSVP here. RSVPs are priority up until 15 minutes before the show. Standby is on a first come, first seated basis. Early arrival is recommended.

“Song of Ourselves,” the Herb Alpert School of Music’s all-day musical celebration of diversity, concludes with a concert featuring Eva B. Ross, winner of the 2017 UCLA Spring Sing. We’re calling the concert “Dinkinesh,” which roughly translates to “You are marvelous.” (and you are!) 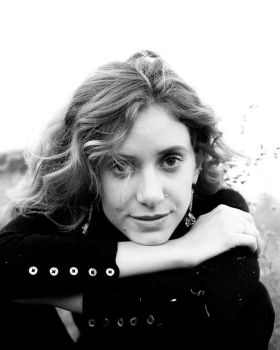 Ross is an up-and-coming singer-songwriter who grew up in Los Angeles performing in her family’s garage band. As a freshman at UCLA, she formed her band, Eva B. Ross Foundation, and independently set out on a European tour in the summer of 2014.

In 2015, she released her first independent single “Nick’s House” and in 2017, she won UCLA’s Spring Sing at Pauley Pavilion with her original composition, “Chicago.” She is currently working on her debut EP, which will be co-produced by Grammy-winning producer Justin Niebank and Emmy-winning producer, Steve Rashid.

One response to “Eva B in Concert at UCLA!”