A few years ago, my family traveled to Italy in the company our good friends, the Rashids. We’ve known each other since college and have shared a long, rich history in music, comedy and theatre. Despite all that, we still get along.

We began our two-week Italian sojourn in Florence and took in many of the incredible sights that unparalleled city offers – then made our way to Pisa, Siena, Assisi, and a variety of small towns in southern Tuscany. 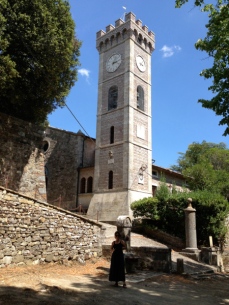 Our final week was spent largely in the small, historic hilltop village of Camporsevoli, near the border with Umbria, where we rented a venerable and very comfortable house, Casa del Neri, from the wonderful Grossi family, who own and manage the estate.

Picturesque Camporsevoli is like a tiny magical kingdom right out of a Shakespearean comedy, complete with a lovely church, clock tower, winding cobblestone streets, classic statuary, imposing gates and lush gardens. It’s an ancient place (two Etruscan tombs are preserved in the village cellars), and it’s been in the Grossi family since the middle of the 1800’s. 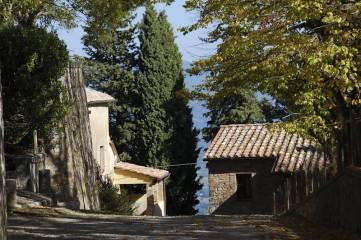 As soon as we saw Camporsevoli – we knew we had to use it as a backdrop for a performance of some kind.

Thus was born “La Commedia di Camporsevoli”, written and shot over three merry, memorable days in a fabulous place to which we all hope to return someday soon.

The entire movie was shot on my iPhone. Not my new iPhone, mind you – but my ancient iPhone from three long years ago. That was all the equipment we used. And if that’s not homemade enough — the owner of the estate graciously agreed to play the priest. (He stole the show!)