There will be no better place to be this New Year’s Eve than in Evanston, Illinois – that little college town just north of Chicago.

But why party in Evanston? Why not Paris, or Rome, or the Greek island of Santorini? Why not join the throngs in Times Square – or at Monty’s Steakhouse in Woodland Hills?

Because Evanston in where you can be a part of “Mr. Olsen’s New Year’s Rockin’ Neighborhood” at 27 Live. 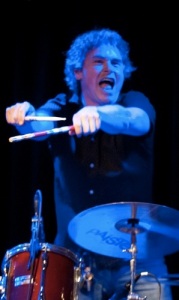 The fun begins at 8:00 PM with a one-hour comedy variety revue for the middle ages — hosted by screenwriter/comedian Dana Olsen, and featuring yours truly and my wife Victoria Zielinski of “The Vic & Paul Show”; our tall, blonde friend and fellow Practical Theatre founder, Brad Hall; the great Steve Rashid tinkling the ivories; Rockin’ Ronny Crawford hitting the rim shots on drums; and narrated by Stewart Figa, who will also grace the show with his powerful singing voice.

If you were among the standing-room-only crowd that caught “Mr. Olsen’s Neighborhood” at the Wilmette Theatre last June, you’ll have some idea of the fun to be had when Mr. Olsen and his neighbors get together to share some laughter and comic camaraderie. 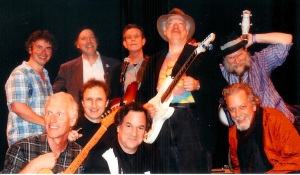 Then, at 10:00 PM, the kids (of all ages) will start jumpin’ when Riffmaster and The Rockme Foundation take the stage for two sets of classic rock & roll and original songs written by a bunch of guys who grew up listening to the best records ever made and played on the radio. Wit, harmony, the big backbeat — and passionate guitar playing that would make Chuck Berry proud of his children.

After Riff and the Rockmes ring in the New Year, a DJ will keep the dance floor jumping until 2:00 AM.

It’s all happening at Evanston’s newest nightclub and concert venue, 27 Live, featuring a great stage, bar, whiskey lounge, and restaurant in a 14,000 square foot space that’s perfect for a New Year’s Eve crowd. 27 Live is located at 1012 Church Street, just steps away from both the CTA Purple line and Metra Davis stops.

Tickets are now on sale at www.27live.com

Or you can get them at this link.

See you in Evanston on New Year’s Eve! 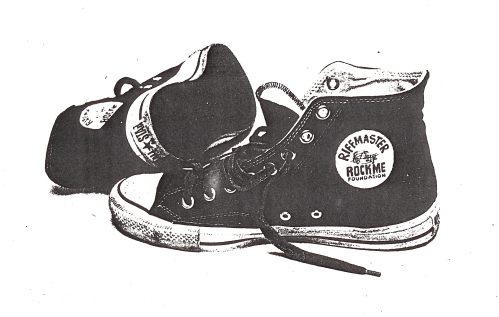