Yesterday, April twenty-seventh, 2011 – a date that will live in infamy…

Somehow this nation has become so discombobulated by the election of a non-lily white person to the highest office in the land that a sitting President of the United States felt he needed to show his papers to a wealthy publicity-seeking charlatan.

Seriously. The President had to show his birth certificate.

Does anyone imagine that the Secret Service, the CIA, the Pentagon — and all those highly-paid GOP opposition researchers in the 2011 campaign — would have hid the fact that Barack Obama wasn’t born in the United States?

The whole premise of “birtherism” is absurd on its face.

Except that it’s not.

Deep down, we all know what the birthers really are.

And now we know something more about Donald Trump.

Does anyone believe that a sitting white President – who had already been elected a State Senator and a U.S. Senator before he won the Presidency – would have had his citizenship challenged in this way?

We know who the birthers are.

They’re the same people who hid behind white hoods after losing the Civil War. They’re the ones who passed Jim Crow laws to keep black people from voting. (And who are still trying to do it.) They’re of the same ilk as those who loved segregation and fought against the Civil Rights Act. They’re the ones that unscrupulous Republican politicians since Nixon have appealed to with their infamous “Southern Strategy”.

Sadly, the north has plenty of these people, too.

Born into wealth and privilege, Trump was standing on third base the day he was born – and he thought he hit a triple! A master at publicizing himself – if not always a master at real estate development – Trump is thumping his chest, proud to have forced the President to show his papers. 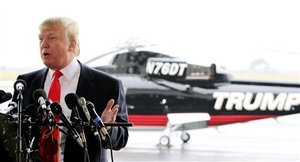 I have to presume that Trump is smart enough to know what he’s doing – and just whom he’s appealing to with his coarse birther rants, and now his attacks on President Obama’s academic record.

Will this President — a scholar who was elected president of the Harvard Law Review — now be compelled to produce his academic records to prove he was worthy of gracing the Harvard campus?

Did George Bush have to show us his grades from Yale?

We all know what this is.

Sorry, you social Neanderthals, but black people are not going to return to the back of the bus.  A man of mixed race occupies the White House.

That makes me proud to be an American.

What about you, birthers?

Don’t worry. I don’t want to see your papers. I just want Americans to see your real faces.

Okay, birthers, you wanted it. Now, read it and weep…