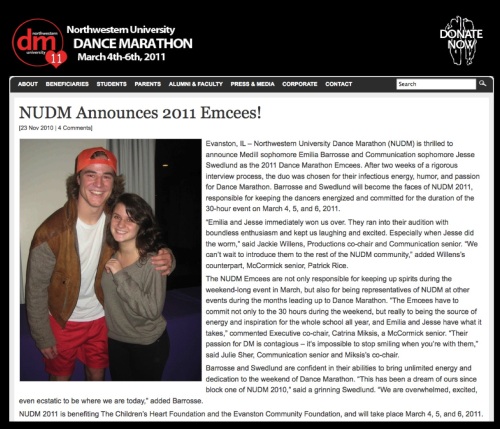 My daughter Emilia and her friend Jesse have been chosen as the emcees for the 2011 Northwestern University Dance Marathon.

You can get more details by clicking here or on the graphic above. One of the largest college charitable events (if not the largest) in the world, The NU Dance Marathon was established in 1975 – and it was one of the very first venues (if not the first) that Riffmaster & The Rockme Foundation played publicly in 1981. 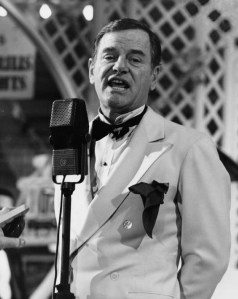 Or, as Gig Young’s Oscar-winning dance marathon emcee character  in “They Shoot Horses, Don’t They?” liked to say…