A Salute to Walter Cronkite 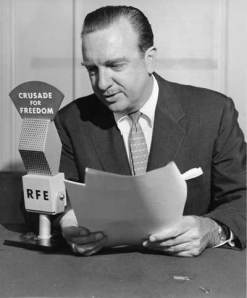 Those of us who are of a certain age remember the days when there were only three TV networks (and those two weird UHF channels) – and network news was the Big Deal every night. In those years, back when the network evening news was an important daily event, Walter Cronkite was the Big Man Behind the Anchor Desk.

Walter Cronkite, the anchorman of CBS Evening News, was the most trusted man in America. Seriously. He really was. And he deserved our trust. After all, it was Walter Cronkite who went to Vietnam and said, essentially, game over: we’re losing and we should get out. (Can you imagine Wolf Blitzer going out on that limb?) 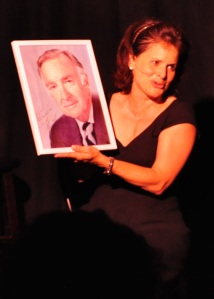 So, what’s happened to TV news since the days of the legendary Walter Cronkite?

Here’s a musical reflection on the gradual ruin of television news from “The Vic & Paul Show”, written and performed by Paul Barrosse and Victoria Zielinski — with musical director Steve Rashid.

The show was directed by Shelly Goldstein and performed in June 2010 at Push Lounge in Woodland Hills, CA. 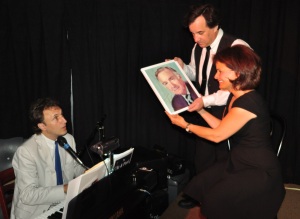 This is the final installment of clips from “The Vic & Paul Show” available for free on this blog and on YouTube. The entire show will be available very soon on DVD. If you’re interested in getting a copy of the DVD, let me know by e-mail or via comment to this blog entry.

I’ll send you a copy of the whole show for $5.00 – which should just about cover the cost. (It’s the cheapest, coolest, and funniest Christmas gift ever!) You can send me a check when you get the DVD.

And that’s the way it is…

9 responses to “A Salute to Walter Cronkite”