It was not all that long ago that men and women in the throes of romance took pen in hand to write long, expressive letters to each other.

Your parents probably wrote love letters to each other. And if you’re anywhere over the age of 35, you and your loved one probably did a lot of letter writing, too.

That’s not necessarily the case today. I imagine that stationery sales are not what they once were. Modern lovers now proclaim their undying devotion via e-mail and text messaging.

How do I love thee?
Let me count the ways.
I love thee to the depth and breadth and height
My soul can reach… 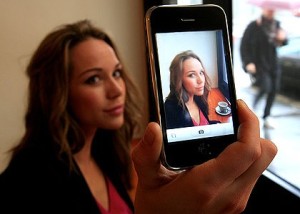 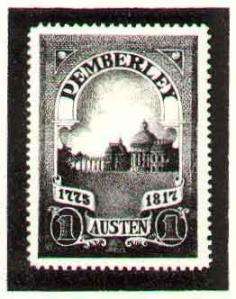 The great romantic novelist Jane Austen, who was born on December 16th, 1775, lived and wrote in a world of quills and ink and letter writing. Her novels celebrate a time when people in love put their thoughts and emotions into words. Lots of words. Pages and pages of words. Relationships in the Age of Austen developed more slowly than today. There was time for reflection and expression. Lots of time. That was then…

The first iPhone was introduced on January 9, 2007 – 190 years after Jane Austen’s death. An amazing technological marvel, the iPhone might also be the final death knell for romantic letter writing.

From what I’ve witnessed, texting is now the universally preferred method of communication between young people with a romantic interest in one another. In fact, they’d rather text than talk on the phone. I have two teenage daughters. Trust me. I’m not making this up.

So, when my wife Victoria and I were writing “The Vic & Paul Show” this year, we thought it would be fun to look back at the slower, more deliberate, literate and reflective expression of passion back in Jane Austen’s day – as opposed to today’s rapid-fire boy-girl TTYL texting.

“The Vic & Paul Show” was performed in June 2010 at Push Lounge in Woodland Hills with musical director Steve Rashid at the piano and directed by Shelly Goldstein.

4 responses to “Austen vs. iPhone”