Lakers goeth before the Cavs… 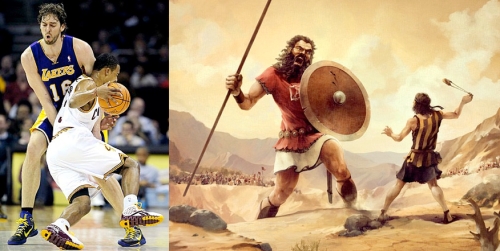 “Pride goeth before destruction, and an haughty spirit before a fall.” Proverbs 16:18 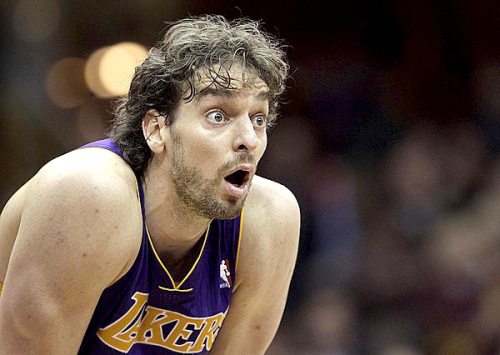 A little over a month ago, the Los Angeles Lakers drubbed my downtrodden, LeBron James-abandoned, hometown Cleveland Cavaliers by 55 points. It was the worst night of a dismal basketball season for a humble NBA franchise that had come close to greatness while witnessing the rise of King James.

In the long months since LeBron left Cleveland, I’ve had to endure a steady stream of Los Angeles sports radio blather about the inevitability of another Lakers championship.

Even when the Lakers lost games they should have won against inferior teams, the rationale was that, come the playoffs, the Lakers will “hit the switch”.

And that could still happen, but…

Cavs head coach (and ex-Laker) Byron Scott must have enjoyed the upset victory over his former team.

Last night, on the glorious evening of February 16, 2011 – the Cleveland Cavaliers rose up on their home court and regained a measure of civic and personal pride by beating the defending NBA champs 104-99. The Cavs’ emotional upset of the Lakers was Los Angeles’ third loss in a row going into the All-Star break.

That’s why so many of us are passionate about sports. It’s partly about the action and the stunning athleticism – but mostly it’s about the drama, the stories – and transcendent moments like what happened to the Goliath Lakers at the hands of the Cavaliers last night.

For one night in Cleveland — in the middle of an otherwise abysmal season — the Cleveland Cavaliers were giant-killers.

Pride goeth before the fall…

And sometimes just before the All-Star break.

2 responses to “Lakers goeth before the Cavs…”